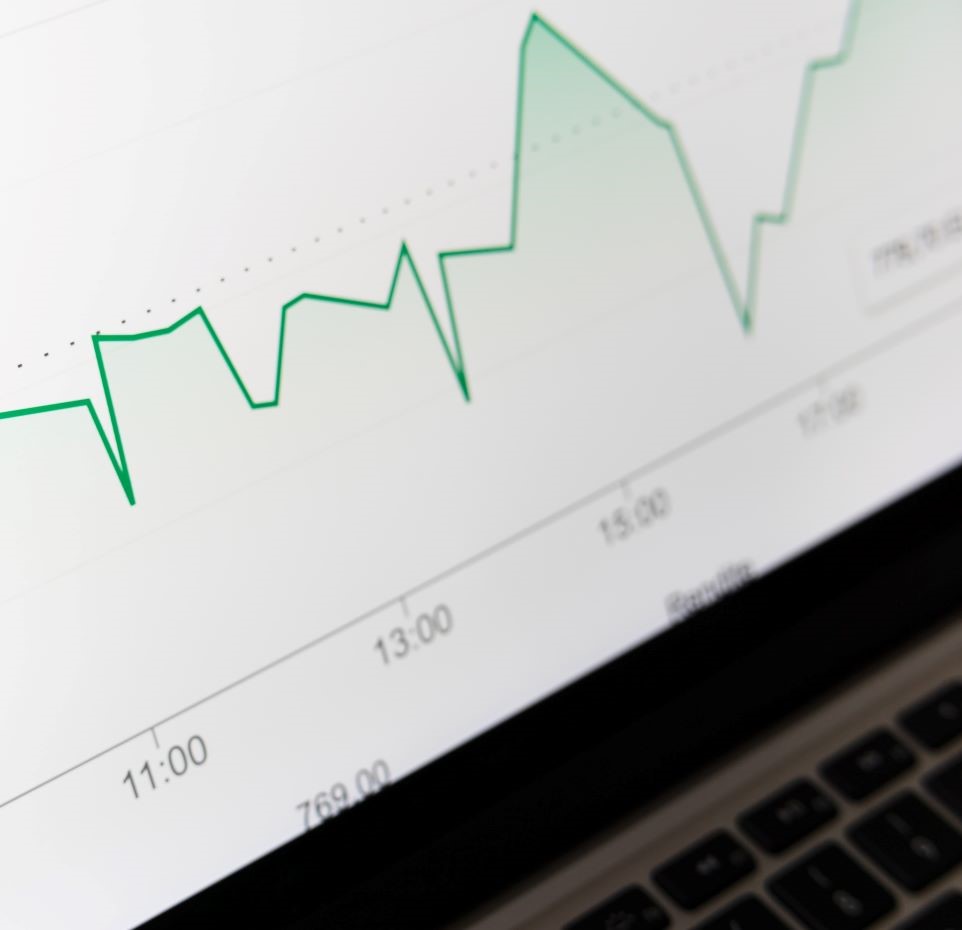 Access to Finance - funding for games businesses in the UK

Accessing finance is a constant challenge facing games businesses in the UK. However, there is funding available if you know where to look. This guide provides a summary of where some of this funding can be found and how to make use of it.

The information provided in this section has been provided by Harbottle and Lewis, a Ukie Partner Member. Contact the membership team if you have any follow-up questions for them.

Public funding for games is available from a number of sources, some national, some regional and some for more specific types of content:

The UK's Video Games Tax Relief and Research and Development Tax Relief schemes offer real financial benefits to developers - so anyone making games in the UK should find out how they can apply:

Video Games Tax Relief can also be used to secure loans to further fund your games project. Funds can be raised to deliver particular projects - find out more below:

Historically, funding from publishers was by far the main source of finance for UK games studios. Today, it remains important and is still the largest source of finance, even if many studios have become less reliant on publishers than in the past, due in part to the availability of new, alternative sources of finance and the emergence of self-publishing.

What can you expect from a publishing deal?

This really depends on the publisher involved, as there are many different types of publisher (traditional, mobile, online, indie etc.), and many different approaches taken to a publishing deal.

For example, at one end of the spectrum, if a large publisher with operations in a number of territories has approached your studio to develop a game based on IP owned by the publisher, it will likely fully fund the development of the game, usually providing its funding over the course of development upon your studio achieving certain milestones. In return, it will likely require your studio to transfer all IP in the game to the publisher. It may agree to grant your studio a share of the revenues arising from the game sales, but often only after it has recouped its funding in full.

At the other end of the spectrum, if your studio has approached an indie publisher with a proposal to develop a game based on IP owned by your studio which is partly developed and/or partly financed, the publisher may agree to much friendlier terms whereby your studio can retain the IP in the game and should be able to negotiate much more favourable financial and other terms.

In between these two ends of the spectrum, there are many other deal types and variables that you might come across (and market standards change quickly), so it is important to take advice on the terms. The deal that you are able to negotiate will depend on various factors, including the clout of the parties involved, the importance of the project to the publisher, the deal precedents of the publisher, what else the publisher is offering other than finance (see below: What other support can publishers offer?) and how well you and your lawyers negotiate!

There are many key issues and pitfalls to watch out for. Some examples are:

These are just a few examples and there are many other issues to consider.

At what stage does a publisher become involved?

A publisher may consider becoming involved in your game at an early stage (e.g. before the start of full development) or it may come on board at a much later stage (e.g. when there is an alpha or beta version of the game available). We have seen a recent trend towards indie publishers becoming involved later in the development process, and you should be aware that the timing of when a publishing deal is signed will affect a number of financial and other aspects of the deal.

How much funding does a publisher provide?

The amount of funding that a publisher may offer a studio can vary enormously from a few thousand to many millions of pounds.

Certain publishers will fund the full development, marketing and distribution of a game, others may only fund marketing or distribution. There are also deals where the publisher funds only part of the development and the studio or another financier provides the balance of the funding.

Many publishers are open to considering deals with start-ups as well as proven studios.

Will a publisher require you to transfer to it your intellectual property rights in the game?

What other support can publishers offer?

Other than providing finance, publishers may be able to provide your studio with a range of other support and services, for example:

The value of these services must be taken into account when evaluating a potential publishing deal. In the best circumstances, a publisher can become a valuable long-term partner for your studio.

Where can I find out more?

Ukie represents all the main publishers in the UK. If you would like to speak to a publisher drop Sam Collins a line.

There are various forms of equity investment available to games companies, including Business angels, venture capital and private equity. In addition, there is also tax relief available to investors in the form of SEIS and EIS.

Crowdfunding refers to the process of raising finance from the public typically through an online platform that will charge a commission based on the amount raised. Almost all types of crowdfunding involve the creator of a project (or the company seeking the finance) creating an online “campaign” page on the chosen platform which sets out details including a description of their project or business, how funds will be used, timing of when products (such as a game) will be completed and background on the individuals behind the project.

What are the main types of crowdfunding?

There are currently broadly three types of crowdfunding (albeit see also Initial Coin Offerings below):

It is also worth mentioning Fig, which is a US based crowdfunding platform that focuses solely on video games. Fig combines rewards based crowdfunding with equity crowdfunding. Rather than investing in the studio, backers invest in a Fig entity and receive Fig shares that relate to a particular game title. The Fig entity then pays distributions based on Fig's right to the title's sales receipts under its licence agreement with the studio.

How can crowdfunding help your studio and what are the main considerations?

Crowdfunding poses particular issues to think about including the following:

Is crowdfunding for games in decline?
Despite still being a popular method of fundraising, it seems that crowdfunding has been experiencing a decline in the games industry. Just over $9.4m was pledged on Kickstarter in the first half of 2017, which is less than half of the $19.98m raised during the same period in 2015. While there have been some huge fundraising successes on Kickstarter and other similar platforms during this time, there has also been a number of high-profile cases of games reaching their crowdfunding targets and subsequently either being cancelled or delayed. For this reason the trust and confidence of would-be backers has taken a knock and it may be wise to consider whether you are likely to hit your investment target using this fundraising method.

In 2017 certain studios have successfully raised funding for their game through ‘initial coin offerings’ (ICOs). These are made possible by blockchain technologies such as Bitcoin (sometimes referred to as ‘cryptocurrencies’). For the uninitiated, these are essentially public, peer-to-peer ledgers in which every transaction is stored on the ledger. As the ledger is hosted the world over by those who use it, rather than on one central server, it is very difficult to dispute ownership evidenced by the ledger.

An ICO is a scheme to raise funds for a project via a contract written onto a blockchain ledger. The way it works is that investors send cryptocurrency to the contract address, and in exchange the contract automatically generates and sends ‘tokens’ back to the investor’s address. The tokens usually function as a form of currency which can be used within the project (e.g. for in-game payments), the idea being that if the project becomes popular, there will be a higher demand for the tokens and their value will rise accordingly.

The appeal for those seeking investment is clear, as ICOs can be set up with relatively little formality and have in some cases raised significant amounts from speculative investors, who are themselves able to invest with few barriers to entry. However, this form of crowdfunding is largely unregulated in most countries, and it is unclear how ICOs will be impacted by regulation. Depending on how they are structured, ICOs may well already fall foul of the UK’s financial services and securities regulations, and we expect to hear more on this topic from the Financial Conduct Authority sooner rather than later.

Where can I find out more?

What is velocity capital?

This is a type of funding that allows mobile game studios that have games generating revenues to borrow against those revenues in order to utilise the revenues they have earned before they are paid out by the App Store.

How can velocity capital benefit your studio?

Velocity capital is a cash flow tool which means you will only have to wait 7 days or less instead of 30 to 60 days to receive the revenues earned from your mobile game.

Certain providers also offer other services such as advice on a studio’s user acquisition strategy, which may be an additional benefit.

How does it work?

As the typical App Store payment terms are 30 to 60 days, velocity capital providers will verify the revenue data produced by a mobile game and pay out to the owner of that game within a shorter period (usually within 7 days). The payment usually takes the form of a loan. The game revenues, once paid out by the App Store, will be used to repay the loan.

Typically, the velocity capital provider will often charge a fixed fee of around 5% (this rate may vary) of the revenues to be paid by the App Store.